Please start using pine tar (or super glue or bubble gum or anything else sticky) on your bat.  Today marks at least the third time in the last couple weesk you’ve launched a bat into an unsuspecting crowd.  I understand that you were in Baltimore, and their fans’ lives are significantly less valuable than Rays fans’, but seriously, man, you’re gonna kill somebody!  I found some for sale on-line.  It’s about 6 bucks.

Well, I went back and re-read my last post.  Apparently I said something about being around during the offseason.  Apparently that was a lie.  Anyway, baseball’s back and so are we.  Nothing quite as invigorating as waking up from a long cold season of football and basketball (zzzzzzzzz….) to the fresh smell of blooming trees, fresh cut grass, and Manny Ramirez hair-stink to get you back in that spring fever/spring training mood.  Obviously quite a bit has transpired over the last few months, and we would be fools not to wholeheratedly regurgitate what all the more committed pundits have had to say during our hiatus (Did you hear Crawford went to the Red Sox?!?!).  Stay tuned for recaps, predictions, unwarranted bitching, warranted bitching, and all the scathing humor that has made us the undisputed champions of Rays fan sites!

So as to start the year off on the right foot, lets begin with a combo Two Minute Hate / Caption Contest:

Ok all….you know how to do it.  Just hit Comment and give it a whirl.  I’ve got a sweet pair of silver and blue Rays sunglasses just ready to go out in the mail to the wittiest of all……

I was waiting a day or so to give any thoughts surrounding the results of the survey. Now that a day has come to pass, there’s no time like the present to break things down a bit. Danger McKlintock did an excellent job, in his last post, of touching on some of the talking points that I wanted to touch on. Thanks duder, you made my job way easier!!!

We’ve become embroiled in micro and macro battles for our small market team. Locally, there’s a not so tacit war of words extending from both sides of the Howard Franklin. Driven largely by local news and media sources, fans on both sides of the bay have expressed their opinions of where the Rays would be more successful, and why. On a larger level there’s a similar war of words finding many a baseball analyst doing away with the Rays all together.

In all of the hyperbolic opinions expressed by the very loud, very vocal talking heads, something is missing: acknowledgement of the fact that regardless of when and where a new stadium is built, the Rays are still going to be in the Trop for the next four or so years. With that said, something has got to be done in order to improve things in the short-term, if the Rays are to remain a viable entity and (in Stu’s words) not vaporized by MLB.

Touched on in Danger McKlintock’s last article, is the idea that the perspective of comparison’s need to be shifted. When compared to the Boston’s and New York’s, of course the Rays look like an economic failure of monumental proportions. However, when compared to other smaller markets like Milwaukee and Oakland, the Rays are seated somewhere in the middle of the pack. According to USF economics professor Phillip Porter in a recent WUSF interview, when compared with other small markets, the Tampa Bay area ranks eighth per capita. This isn’t to say that these numbers will stay consistent in the 2012 season, nor is it an acknowledgement that everything is A-OK. But when the narrative is changed, things don’t look so bleak.

It is undeniable that the attendance numbers are down. Even though Sternberg comes off sounding like a petulant brat, what needs to be remembered is that he wants what’s best for his and our team. At the end of the day, the Rays are a business and in order to successfully stay afloat, they need to make money. Certainly implicating the fans as the raison d’etre for the attendance woes seems a bit extreme, but he of all people knows what is necessary to keep the Rays afloat. And that’s to put fannies in the stands. When we detach our emotions a bit, and view things from a business perspective, what becomes evident is that Stu isn’t calling us horrible fans. In his own way, like it or not, he’s compelling us to do our part.

I don’t agree with everything in the WUSF interview, especially the assertion that the poor economy has little effect on the ticket sales. Our survey definitely did nothing to support the above mentioned idea. If anything, a lack of financial resources seemed to be a recurring theme. Not being in the front office, I couldn’t tell you whether or not the economic demographic data is taken into consideration by the Rays brass. Yet, what did seem very odd, and only a few people touched on this in the survey, is the lack of support by the bay area business community.

I must admit, I have put in requests from a variety of sources, for information surrounding the Rays and their corporate sponsors. I’ve unfortunately come up empty-handed thus far. Nevertheless, I’ve been more so trying to find out where the Rays stand in comparison to the teams with the highest and lowest amount of corporate sponsors. As of now, the Rays have between only 15-17 corporate sponsors, and I’m sure that you can look around the Trop on any given night to see who they are.

In my opinion, the Rays need to do a better job catering to the bay area business community. Create and foster those relationships in hopes that they’ll be maintained if, and when, a new stadium is built. That certainly seems like a short-term piece of the puzzle that can, assuredly, become a long-term piece as well. The Tampa Bay Lightning are a great example of an organization that is reaching out to the business community in hopes of gathering more corporate sponsors, while maintaining relationships with the companies that are already in the fold.

If anything, I think it’s naive to assume the promise of a new stadium is going to change anything in the short-term. Blame what you will on the attendance woes, but don’t forget that it takes time to build a stadium, and we’ve currently got a team on the field (duh, not literally at the moment) that needs to be supported. Anyway, the Rays probably wouldn’t be able to get out of the Trop until 2016 when the Big Top is finally paid off. But I digress…

We fans can only do so much, the organization can only do so much, and the city can only do so much. Separately, nothing is accomplished. That is unless you count getting frustrated as some sort of accomplishment. I’m not denying that we the fans need to step it up. However, I’m also not willing to accept the lot share of the responsibility in this blame game. There’s plenty of blame to go around, and all of us (the business community, fans, Rays organization, and city) need to be compelled to do something to get at least 24,000 bodies in the stands on a daily/nightly basis.

Lower ticket prices? Great! Offer better ticket deals? Superb! Hope that more current corporate sponsors could pick up the slack similar to Hess with their summer concert series, and Brighthouse with their two tickets, hot-dog, and drink vouchers offer? outstanding! I could go on and on. Whatever the case may be, one thing is certain all of us have got to do our part.

And there you have it folks.  Hope you enjoyed the telecast if not the outcome…….. 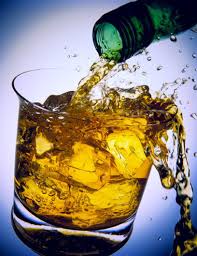 I’m going on a bender…..er…..hiatus….for a bit.  We’ll be around during the off season, just less.  Hoping to make some improvements to come back bigger, better, stronger, faster.

Thanks very much to those of you who’ve been following us since our mid-season start-up.  Please keep spreading the word!

Here’s hoping we find some miracle to keep CC around.  Or if we bother to keep Pena he can find a bat again.  Or if we lose both we can work something out with Soriano.  Or else we can give up all three and have the euphamistic “rebuilding year”.

Do you remember when you were a little kid and your parents were taking you to (insert name of local amusement park here) in the morning? And you couldn’t get to sleep the night before?  And when you finally drifted off to lalaland you had bad dreams about not waking up in time to go?  And you woke up every hour and checked the clock?

Game 5 is still 13 hours and 40 minutes away and it’s all I can think about.  Had anyone predicted I would be in this position  last Thursday, I would have laughed in their face.  Dreaming.  Impossible.  Fanciful at best.  And yet here we are and here I am.

Maybe that’s what makes it so fun now.  If they had moved past this round in Game 3 or Game 4 it wouldn’t have the same hollywood magic moment appeal.  Games 3 and 4, while I watched every second, did not have this same electricity for me, even though our season was on the line in both of them.

I guess this is a fitting way to work in the playoffs.  Representative of the whole roller coaster season.  And that got us here, so hopefully it will get us through.