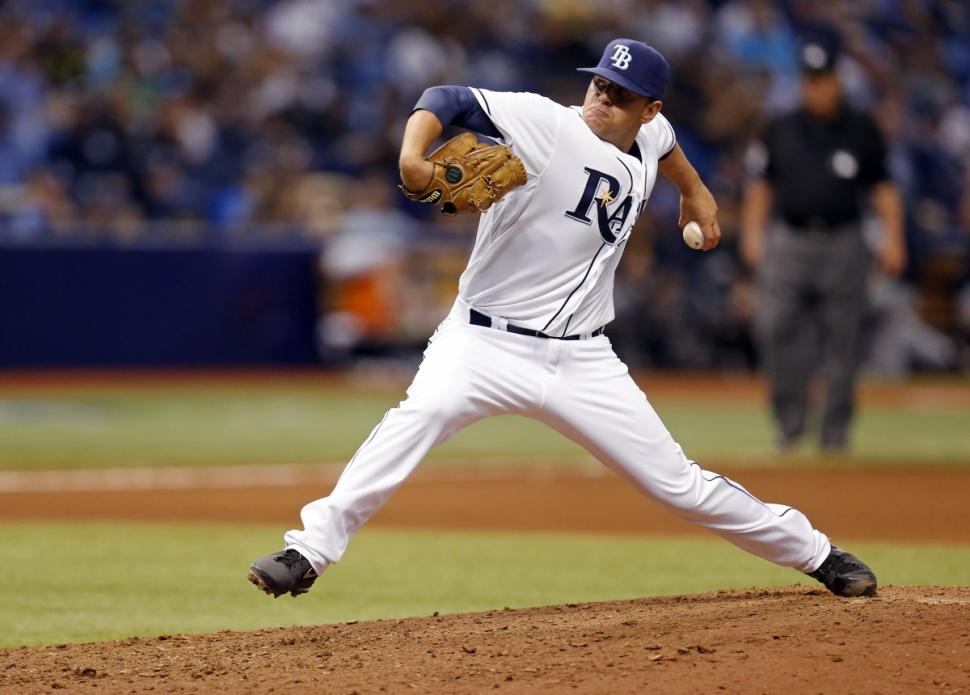 The end is nigh. The Tampa Bay Rays will follow their recent 4-6 home stand with their penultimate road trip of the season. First stop New York, where the Rays are set to start a three game series against the Bronx Bummers.

Tampa Bay has been relegated to two roles for the remainder of the 2014 season:

As it relates to task number one, the Rays took two-of-three from the Orioles this weekend past. However, at 3-4 with a -10 run differential, the Rays haven’t really played that well in September. To be fair, at 3-3 over their last six games, neither have the Yankees — a team who is struggling to stay relevant down the final stretch.

New York is coming off a three game series in which they were blanked twice by the Kansas City Royals. Doomed by fielding gaffes, the Yankees committed four errors in that aforementioned series, though they did not give up an earned run in either shutout. With a 5-7 mark in its last 12 games and a 3-3 record so far in their nine-game home stand, New York has dropped behind Cleveland in the race for the second Wildcard spot and will need to pass three teams in the final three weeks to make the postseason.

The Yankees have won the last two meetings with the Rays, the second coming on Kuroda’s August 17 start (opposite of Jeremy Hellickson). Those defeats began an extended stretch of struggles for the Rays, as they’ve gone 8-14 since reaching .500 after dropping 18 games under the break-even mark.

Chris Capuano: The Rays have faced the 36 year-old Capuano (2-3, 4.46 ERA) twice out of the pen this season when he was with the Red Sox. He threw 2-1/3 clean innings of work, though Tampa Bay blasted him to the tune of six runs (five earned) in his previous 4-1/3 innings of work. Per Fangraphs, in Capuano’s four starts with the Yankees, his changeup has generated 63.3% ground balls, and his slider, 55.6%. The change piece has also coaxed 26.4% swinging strikes in that time. Those rates are significantly different from those of his prior stints, whether from earlier this season or in recent campaigns. He’s had over arching problems with the home run, and hard-hit balls in general, but he’s enjoyed some better outcomes since moving to the Bronx. Key matchups: Yunel Escobar (3-5, 3 RBI), James Loney (4-7, 4 RBI), Evan Longoria (1-4, 2B), Wil Myers (2-2), Sean Rodriguez (1-4), Ben Zobrist (1-4, RBI).

Michael Pineda: The Rays will face Pineda (3-4, 1.80 ERA) for the first time this season on Thursday. Pineda made his way to the Yankees from the Mariners a few years back. As Ian Malinowski wrote of Pineda back in 2012,

“First off, here is Pineda’s pitch mixture. His slider is his best pitch, and he throws it a lot. There are some concerns that heavy slider use makes a pitcher more injury prone. Don’t take my numbers as meaning that he throws it more than his fastball, though. If you combine my three types of fastball (and my classifications are painfully far from gospel), you get 61% fastball, 30% slider, and 8% changeup. His changeup is a work in progress, but I wouldn’t write it off (remember, he’s only 22). Despite Pineda’s flyable tendencies, the changeup actually got 51% ground balls when it was put in play last year (the slider 49%, the fastballs all under 30%).”